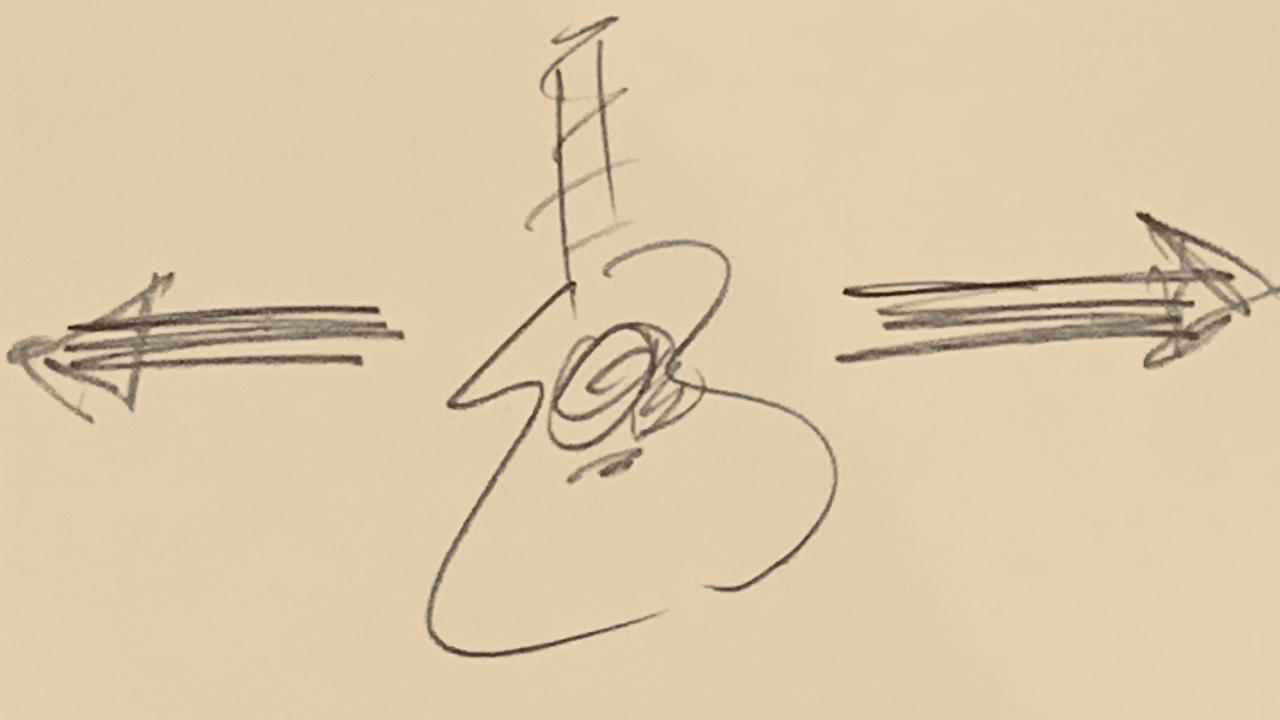 The great jazz guitarist Gene Bertoncini once observed, “I think I’m like most guitarists in that I like almost any kind of music played on the guitar.” I know I’m the same, and yet you know the snag: when there’s so much to pursue, how do you keep from feeling scattered and unfocused? And hard on the heels of that comes this dilemma: without direction and focus, how do you ever get any better?

It’s taken me a long time to herd my own pursuits into something narrow enough to define and pursue with purpose. And even then, I still feel the occasional sideways tug from an untravelled path. But there is a way to get clear about your priorities, choose a primary path forward, and still make room for other tributary interests along the way.

I imagine you’ve got your own assortment of competing interests on the instrument. Mine, in case you haven’t guessed from my Youtube channel, are fingerstyle blues and mid-century jazz. I decided some time ago I was not destined to be a going concern as a jazz musician, but that didn’t abate my love of that music any. I also determined early on I was not getting in line to be Guy #1,034 playing note-for-note prewar solo blues. But I knew I loved roots music generally, and the solo, self-accompanied fingerstyle approach in particular. So I decided, after a lot of back and forth, to plant my flag as a fingerstyle roots musician, because, as I explained at the time to a friend, “when I use a pick, I play like a jerk. When I play with my fingers, I sound most like myself.”

What I didn’t realize until recently, however, was that choosing one avenue – fingerstyle roots music – as my primary path in no way prevented me from learning anything else I found attractive. In fact, the opposite was true: once I'd settled on my main focus, I became free to fold anything else I found interesting into that central premise. In fact, I’d been doing that all along, just not consciously or intentionally.

As Bertoncini points out, it's the guitarist's dilemma to be interested in more things than there seem to be hours in the day. And since you might only have minutes in the day to devote to playing and practicing, what if you you could make the most of that time by prioritizing your various interests and organizing them into a simple hierarchy you could wrap your head around?

Consider this: if you play fingerstyle blues, but you’re interested in early jazz standards, “Sweet Georgia Brown” has only a few more chords than Blind Boy Fuller’s “Rag Mama.” If, like me, you think Django Reinhardt and Stephane Grappelli’s “Viper’s Dream” is one of the most sublime examples of prewar jazz ever, it turns out the solos are over a C blues – just like a John Hurt song. If you dig the jazzy 6ths and 9ths played by all those Western swing steel guitarists, guess what – those voicings work on guitar too, where you can swap them in on William Brown’s “Mississippi Blues.”

You get the idea. Fingerstyle is a technique, blues is a genre, and with a reasonable grip on the basics, you can bring whatever repertoire you like to the party and make it your own. So, for example, while focusing on developing a solid alternating thumb and the ability to improvise on the blues, you might fold in some jazzier chord voicings and substitutions, incorporate your knowledge of open-position tele-style chicken-pickin', or apply all of that to a Dylan song or something by the Stanley Brothers.

In case you missed them, here are a few lessons that illustrate this approach. See what you think, and I hope you’ll drop me a line to let me know what you’re into. I look forward to hearing from you!