Courses For (Blues and Jazz) Horses 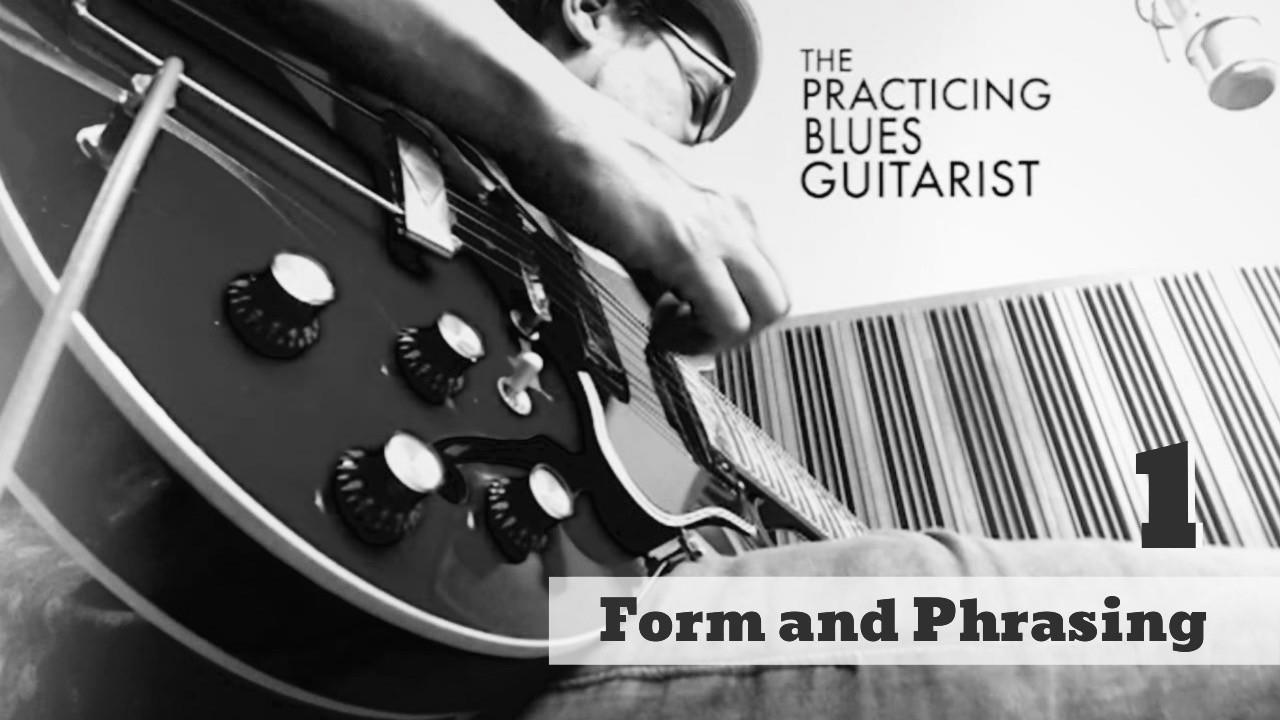 So, a couple of years ago, I taught an online course I called The Practicing Blues Guitarist. I've always thought the whole trick to getting better at playing the guitar was learning how to practice better. And since a lot of what I was thinking about and teaching was how to play the changes on the blues, I thought, well, what that's really about is how to practice improvising on the blues, so...The Practicing Blues Guitarist was born.

The people who took the course seemed to really get a lot out of it, but there were a few things that seem to render its appeal somewhat, ah, limited in nature. (What's that line from Spinal Tap? "Our audience has just become more...selective.") Part of that, I think, was that I didn't really succeed in communicating just what the point of the course was: why you would you take it, who was it for, and what you would you get out of going through the material.

Really, I just designed the course to explain the things I had figured out for myself about how hard bop musicians like Kenny Burrell, Stanley Turrentine, Grant Green and Tommy Flanagan play the changes on the blues. To me, musicians like that achieve a perfect kind of balance between downhome, funky blues sounds and hip, sophisticated bebop lines. There's a way to get beyond the pentatonic basics of, say, Albert or Freddie King without getting completely lost in the jazz vortex, to apply ideas like chromaticism and altered scales to the basic twelve-bar framework and emerge with a revitalized and constantly expandable vocabulary for the blues. That's an ideal I've been chasing for some time, and having made a little headway for myself, I thought it would make a cool instructional topic.

The tricky thing was, I didn't just want to dump a bunch of complicated scale and chord theory on anyone and say "here, go – now you can play bop, right?" Because as much as I love listening to the blues-soaked '50s and '60s jazz of people like Jimmy Smith and Horace Silver and Hank Mobley, it took me a long time to really start understanding how any of it worked. I started out as a blues guitarist, and had to work my way through the jump blues of people like T-bone Walker and Louis Jordan and then swing guitarists like Charlie Christian, Oscar Moore and Mary Osborne before I could start hearing the kinds of things bebop musicians were doing. And as I think I've mentioned here before, I am a bona fide graduate school dropout, having bagged my pursuit of a master's degree in jazz after just one semester. Number one reason for bagging: too much time spent on abstract, avant-garde details of the post-bop era (think '60s Miles and Coltrane and beyond) while I was still struggling to wrap my head around Charlie Christian's solo on "Air Mail Special."

So I designed my course to walk someone through the kind of evolutionary process I went through myself to arrive at soulful, 1950s and '60s blues-oriented jazz. I started with form and phrasing – looking at how blues guitar playing is based on vocal phrasing, and how if you solo with the AAB form of the blues in mind, it lends a natural and deeply persuasive structure to your solos. Next I talked about jump blues and swing – as both a more sophisticated, eighth-note-based way of playing the blues and as foundational prequel to the bebop approach. After that, I detailed a practical, hands-on way to create and practice flowing, chromatic lines by focusing on how hard bop musicians approach the I, IV and V. With all that groundwork covered, I got into the real deal: using altered scales, diminished sounds and ii / I resolutions over the jazz version of the blues chord changes. Finally, I went outside the 12-bar form to show how to apply all of that to an eight-bar Ray Charles-style blues ballad, a swing-style rhythm changes tune, and other jazz-inflected variations on the blues.

So, all very well and good. A couple rounds of students went through the course, and by all appearances, had a good time and learned a lot. But there were a few things I hadn't taken into consideration, which became more clear as I began listening to why people hadn't taken the course.

First, it turned out that some people were interested in the material, but didn't have the time and inclination to take on that much information at once. Second, I initially set the course up as a virtual workshop, with a new unit getting released every week for five weeks, timed to coincide with a live online Q&A session. Not everyone who was interested wanted to work at that kind of pace, and not everyone was available to tune in when the Q&A's were held. Third, I didn't make it clear that all the material was downloadable, and so available to work on for as long as you liked, not just during the five weeks of the course. But the main request I got was to make the various sections of the course available individually. Some people wanted to pick and choose, skipping straight to the most advanced material. Some people wanted to work on a more finite amount of lessons. And some people just wanted to get into the material in a more affordable way than the $397 price tag.

So, being nothing if not attuned to The Will Of The People, I have – after an interval of a couple of years spent launching the Youtube channel, making a few smaller courses, and working on my mini-golf game – done my best to address all of the above. Starting today, you can get your hands on Form And Phrasing, the first unit of The Practicing Blues Guitarist. This is my prequel to learning to play the changes on the blues. If you feel fluent and satisfied with your pentatonic playing already, you'll probably want to skip this one. But if you want to tighten up your blues basics, refresh your pentatonic vocabulary, or are looking for a more organized, reliable way to jump-start your improvisations, this could be a good place to begin.

Over the next few weeks, I'll begin rolling out additional units from this course:

In the meantime, if you're interested in checking out Form and Phrasing, you can get more details, including a table of contents, and watch a complete lesson from the course, at the link below:

Form and Phrasing – Check Out The Course